Lots of news in the Tidal world — first of all, a new version has been released! "cabal install tidal" should get you the latest, and be sure to update your Atom plugin too. There's a new documentation effort as well, in wiki format to make things easy to keep up-to-date. Don't forget to drop by and ask the community for help if you have trouble!

Turns out Madison is a great place for an algorave! Video here. Many thanks to Jake for setting up a great event!

Had a rough winter? Well, in celebration of the 6th anniversary of algorave, there are tons of livestreams starting right now, the master list is at algorave.com and direct stream on YouTube.

I keep learning more about emulating old-school synthesizers. The lesson is usually to keep it simple. Here's something nice for SuperDirt (thanks to Eric Fairbanks for inspiration):

In related news I've been working on a bundle of SuperDirt synths and effects, hoping they're suitable to make their way into an official release sometime.

Lately I've been working with some Raspberry Pi setups (I've been testing out a 3b and Zero W).

Next I'd like to connect some sensors and use them as live inputs.

Patterns I Have Known and Loved

I've converted the vector art version of the AlgoRave spirangle to a few different formats:

(I need to practice my 3d printing!)

Just a quick update of things I'm working on...

TidalCycles v0.8 has been released, and I'm pleased to have contributed to some of the great new stuff. Among other things, the main synthesis engine has shifted to the SuperCollider-hosted @SuperDirt, which allows Tidal to use realtime software synthesizers in addition to samples. I contributed some of the new software synths, and provided some tutorials to make it easy to get started adding your own. Some of them require the @SC3-plugins for SuperCollider, so go grab them as well.

There's a new Q&A forum over at ask.tidalcycles.org as well, so if you have any trouble getting started check it out! 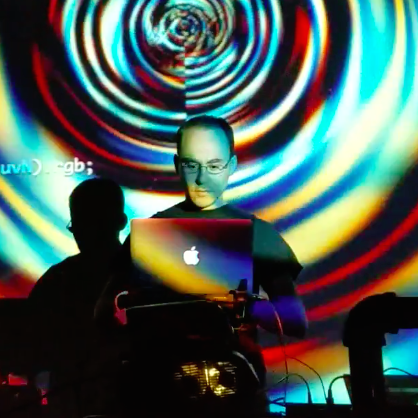 I'll be playing April 15 at The Depot in Hopkins, MN, along with Kindohm and Blaerg, with visual artistry provided by ObiWanCodenobi 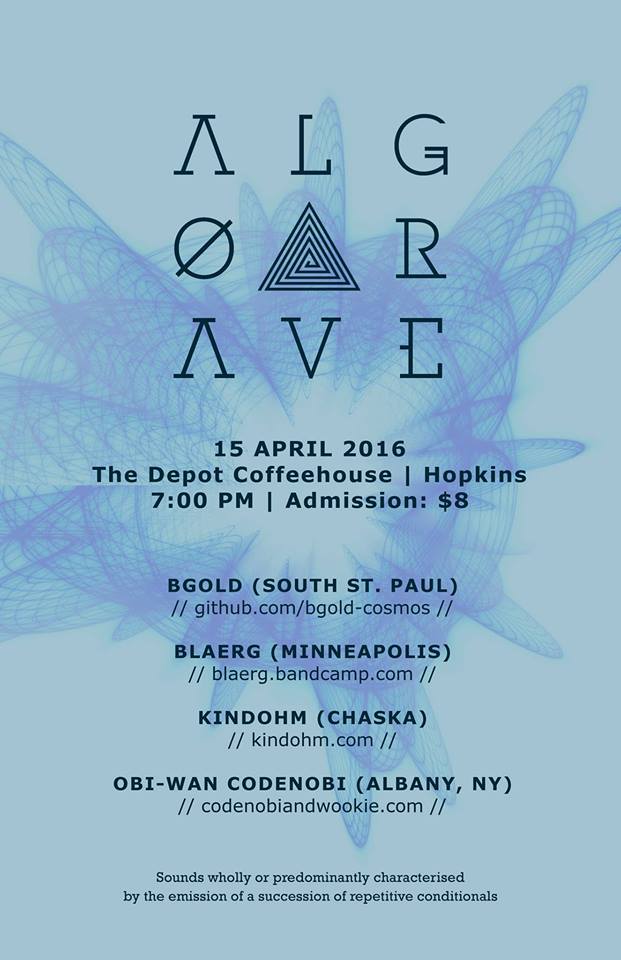 It's still a bit much for my everyday use, but I've really been enjoying @cool-retro-term. Using this with Tidal means using an editor inside a terminal, such as emacs or vi. I've been using vim with vim-slime in combination with tmux. Tmux lets me make multiple windows/panes, and the vim-slime combo lets me send code from the editor pane to the GHCi pane. A screenshot doesn't really do it justice, since it does screen glow, static, and other animated effects, but the end result looks like this: 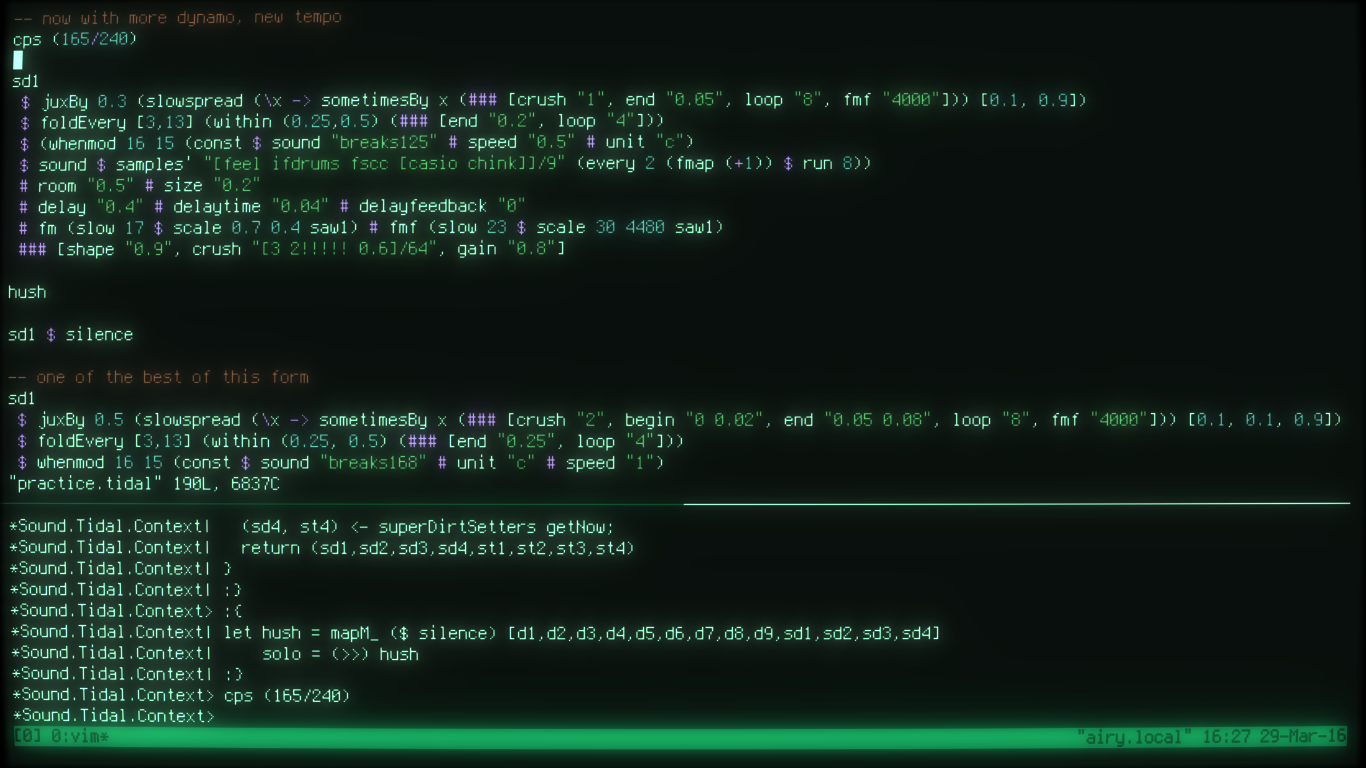 I use and occasionally contribute to Tidal (@tidalcycles). I also use the Atom plugin to run things.

There are several options! Here I go from simpler to more advanced

I have a separate snippets.tidal file where I keep a bunch of macros that I find useful. If you come up with something really great, consider sharing it! Here's what mine currently looks like:

I just evaluate this whole thing and get all those functions for the remainder of my Tidal session.

For more sophisticated customizations that might need to pull from another library, you can try moving your definitions to a separate file that will be loaded at Tidal startup (either in Emacs or Atom). Notice there's some overlap with some of the stuff I defined above.

Then I define some custom functions I use a lot

It's really not too hard to develop Tidal itself. Create a fork and clone it to your computer. You can edit your startup script (BootTidal.hs in Atom) to load this installation instead of the one Cabal installed (see next section). Now you can edit Tidal's source files directly, reboot Tidal, and see the effects of what you did! It's probably polite to make a new branch for changes you make, then you can sync it and submit a pull request to have your changes brought back into the main version of Tidal.

First, I tell it to use a development version of Tidal (dev-0.7 at the moment) from GitHub rather than the Tidal version installed by Cabal

Then there's the standard stuff to set up (d1,t1) through (d9,t9), after which I add the following to connect to SuperCollider (I'm assuming 0.7 branch of SuperDirt here)

Finally, to interface with the visualizer I insert